It will be easier for you to move up that ladder if you are aware of the obligations and demands at each level. A look at a typical level system is what you can anticipate from this article. Also, we’ll shed a little light on how levels function at various tech companies after breaking down the value of levels.

Who Are Software Development Engineers?

As a software developer, you will need to understand how computers work and how people interact with them. This includes understanding how programs run, how data is stored, and how users access and use these services. It also means being able to communicate effectively with others so that you can collaborate on projects together. According to Coursera, Software engineers will usually fall into one of two categories, systems developers or application developers. As a systems developer (sometimes called a backend engineer), you’ll build things like computer systems and networks that front-end (user-facing) applications will need.

Are you an experienced software developer who wants to move up to a more senior role? stick around and find out more about these levels as a software dev and what it entails. The standard software engineering career levels are as follows:

This level is commonly referred to as a junior software engineer, it is typically someone’s first full-time position in the field. At this level, engineers are not expected to have a strong sense of ownership over the company’s product. Instead, they complete tasks that have been given to them by those who have chosen the course of the product.

The general flow of events is as follows:

The national average salary for a Junior Software Engineer is $86,241 per year in the United States

Senior software engineers typically have three or more years of engineering experience working full-time. This experience doesn’t necessarily need to be gained at the same company. The responsibilities of this position are not noticeably more extensive than the junior engineer, but they are more demanding.

On the team, senior engineers are knowledgeable individuals. It is anticipated that they can assist in bringing up-and-coming junior engineers.

The average salary for a Senior Software Engineer is $119209 per year in the US.

We have entered management territory with the staff engineer. This role usually takes six or more years to reach this position. Also, at this point, it starts to be advantageous if those six years were spent working for the same employer.

As we previously mentioned, managers give junior engineers solutions to work on rather than letting them choose the problems or come up with the solutions. Most likely, the manager offering the solution is a staff engineer. A staff engineer will frequently serve as a liaison between the engineers writing the actual code and higher management making decisions that affect the entire company.

The average salary for a Staff Engineer is $117282 per year in the US.

Most engineers won’t advance to this stage of their careers. These jobs are uncommon and call for a long history of success as well as a good deal of luck and being in the right place at the right time.

Saying that this position will come after an unknown amount of years gets harder the higher up in management one gets, especially when different companies use different level systems. However, this position typically comes up after 10 or so years.

The national average salary for a Principal Software Engineer is $147,794 per year in the United States.

The title “Distinguished Engineer” is often used by companies to describe someone who has been in a technical leadership position for many years. It means that this person has demonstrated expertise in his or her field and has made significant contributions to the company.

In a sense, this is the very top of the totem pole. These are experts in computer science who have created, launched, and maintained numerous extraordinarily successful projects. Because these fellows have a ripple effect across the entire organization, if the business is powerful enough, its influence is probably felt across the entire sector.

For instance, Sebastian Thrun has had the distinction of being a Google Fellow. He was a co-creator of Google Street View.

The average salary for a Distinguished Engineer is $155282 per year in the US. 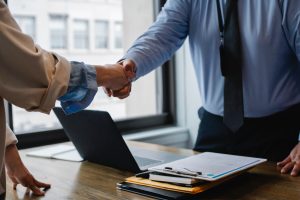 Overall, levels are beneficial to both you and the employer because they establish clear expectations and prevent misunderstandings. Let’s first talk about the purpose of levels in business to set the scene. The level system’s potential uses will then be discussed.